By Dissident Teacher   It’s an unfortunate sign of the times that identity is even more important than integrity when it comes to judging politicians. Recent stories in the news, Governor Ralph Northam’s “blackface” controversy and Senator Elizabeth Warren’s claim to be Native American, point to the current national obsession with identity.  During the 2016 election season, someone outed Hillary Clinton as dressing up in “blackface,” a claim that proved to be false.

In light of our American history, we can understand to a certain extent – but not fully — why these actions are offensive to African Americans and Native Americans. Senator Warren’s family lore is no big deal, as many families also have small amounts of Native American ancestry. But she went a great deal further, identifying her race as American Indian on her registration for the Texas bar.

This desire to take on different identities and to create myths about ourselves is fairly common.  The grass is always greener on the other side.  President Trump has pushed false narratives too and, and at one time claimed that his grandfather came from Sweden.

Dressing up for Halloween or in costumes is fun, but we don’t always understand when and why some identity switches hurt the other.  In 2016, when a Yale instructor wrote a letter about allowing Halloween costumes that may be offensive to some, she faced a huge backlash and resigned.  She and her husband, an administrator, felt they forced to resign, and the opportunity for intelligent discussion was killed.

Rachel Dolezal, former head of the NAACP in Spokane went so far as posing to be a black women.  She was sincere in claiming that she always identified as black, despite having 100% Caucasian heritage. Although African-Americans were offended because she doesn’t share their history of oppression, I personally believe her identity claims were sincere and not about the desire for a job, money or status.

There’s a complicated web of psychological reasons why people want to become “the other” and become imposters to do so. It’s not always for personal, financial or professional gain. (To understand our strange intrigue with imposters and why it’s offensive to the cohesiveness of groups, a sociologist in Australia explains it in his TED Talk.

Can women really claim to be victims?

Is our emphasis on creating “victims” in our society a reason why people want to latch onto victimhood?  Author Heather MacDonald explains that, “We’re now are in a very strange position in this culture where we venerate victims.”

“Females are determined to think of themselves as victims, which is preposterous.”  (MacDonald expressed her views in this video from The Ruben Report)

So why don’t we accept Rachel Dolezal’s claims of a different racial identity the way we do for those who want to change gender?

Shouldn’t women be offended by males who wish to become female because they don’t share our history of having been victimized by the white patriarchy?  (This comment is a tongue-in-cheek response, but it describes the absurdity of today’s obsession with identity and desire to claim white males have all the power while others are oppressed.) 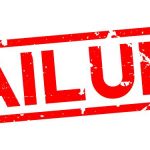 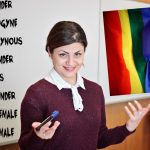