Two superstars, Jennifer Lopez (J-Lo) and Shakira performed together at this year’s NFL Super Bowl LIV Halftime Show. The show was over the top and had the potential to be great. Yet, in one important way it was an offense to millions. For some inexplicable reason, the NFL seems to give no family friendly guidelines to these entertainment stars, even though most Americans watch the game together with friends and family, children included.

Both singers wore provocative costumes, shook their booty and embarrassed husbands, wives, moms and dads with their allusions to strip tease, bondage, and sadomasochism. The camera angles were obviously set up to capture numerous crotch shots and butt thrusts. It was so in-your-face that grown men were walking out of the room or changing the channel and parents were anxiously trying to distract their children.

Why is this crass exhibitionism necessary? Why does the NFL continue to give their stage to performers who deliberately push the limits of taste and decency? Previous Super Bowls featured Janet Jackson’s wardrobe malfunction, and Adam Levine’s stripping to the waist to reveal his tattoo covered torso. Admittedly, edgy entertainment is mainstream in American culture, but usually people buy a ticket to go see such a show. In the case of the Superbowl, it is broadcast directly into the home, catching unsuspecting sports fans unawares.

The Superbowl is the most watched television broadcast in North America, and it is also broadcast in over 130 other countries, taking America athletics and entertainment around the globe.  Is this really the way we want to be portrayed to the world?

Fans of screen star J-Lo may have hoped for The Wedding Planner (PG-13) but what they got was The Hustlers (R rated). Both J-Lo and Shakira are beautiful women, great singers and excellent dancers. As truly accomplished and versatile performers they did not need to resort to obscene costumes, provocative gestures and poses to get attention. Yet, they did.  It was the equivalent of the comedians who resort to potty humor to get a laugh. It is the cheap and dirty way to gain notoriety. Yes, we are talking about them now, but not in a good way.

In the pre-game media tour, the superstars described the half-time show as empowering to women. Without these profane elements, this show would have been just that.

How exactly, is this show empowering women if the whole point is to titillate men?

Feminists can’t have it both ways. If they are concerned with inappropriate actions by men, they need to demand more accountability from women. Me Too! incidents happen in a culture that overlooks or excuses promiscuity, and lewd behavior. Entertainers, because they are given the big stages of the world, need to be more responsible and not contribute to the debasing of women.

Most importantly, families were affected. Those who produce television content at one time took seriously the job of protecting the innocence of children.  With the NFL leading the way, it is a value we have lost.

The Half Time Show was only half good. These Super Bowl stars fell from grace. 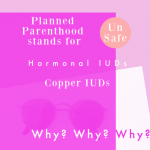 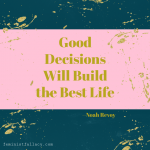