Feminists are known for their concern about women’s health, or so they claim. Much of this concern seems to be narrowly focused on access to contraception and abortion, and, to an even lesser extent, breast cancer. This narrow focus precludes, however, advocating for the needs of pregnant women and for safer medical treatments and nontoxic vaccines for women.

The controversial vaccine Gardasil, which causes more reported vaccine adverse reactions than any other (50,000+ as of 2019) is a good example of a woman’s health issue that falls in the feminist blind spot. Gardasil is aimed at preventing several strains of the Human Papilloma Virus (HPV) which is a suspected cause of cervical cancer tumors.   It’s an expensive shot which must be administered twice six months apart for those under 15, three times for those age 15 and over.  Vaccinations begin for girls at age 11.

Why a Gardasil shot?

Yet, the Gardasil shot was approved in 2009. According to the American Cancer Society, the US will have more than 1,800,000 new cancer cases this year and 606,520 cancer deaths.  Of those deaths, only 4,290 will be from cervical cancer.  Why all this concern for one of the rarer forms of cancer?   It’s probably because the HPV is transmitted sexually and orally, and it has been strongly linked to some throat cancers.  Pharmaceutical experts and practitioners who promote the vaccine consider preventing infection in the first place as a way to eliminate one cause of cancer, though a relatively small proportion of all cancers are actually caused by HPV.

Since the HPV virus can be transferred sexually, the presumed goal is to administer the shot before girls become sexually active. However, the average age of diagnosis for cervical cancer is 50.

One of the researchers who worked on Merck’s Gardasil shot, Dr. Diane Harper, is speaking out publicly about the harms of this vaccine far outweighing the benefits.

“If we vaccinate 11-year-olds and the protection doesn’t last… we’ve put them at harm from side effects, small but real, for no benefit,” says Dr. Harper in a CBS News interview. “The benefit to public health is nothing, there is no reduction in cervical cancers, they are just postponed, unless the protection lasts for at least 15 years, and over 70% of all sexually active females of all ages are vaccinated.”

The Canary Party is an activist group of parents with vaccine injured children. They feature this video of Gardasil testimonials in this article Gardasil Injury Not a Coincidence on their website.

In the new movie, Vaxxed II Several experts speak about the dangers of Gardasil. Dr. Suzanne Humphries, who specializes in diseases of the kidneys, told the filmmakers, “I had never seen a vaccine cause so much devastation as I had the HPV vaccines.”

With all of the detractors and reports of vaccine injury, it would seem that feminists need to stop being apologists of the pharmaceutical industry. Feminists, to show true concern for women’s health, ought to advocate for more safety testing and proper warnings to the consumers of the risks and potential harms of HPV vaccines.

Dr. Diane Harper told CBS, “…the side effects reported so far call for more complete disclosure to patients… they should be told that protection from the vaccination might not last long enough to provide a cancer protection benefit, and that its risks – “small but real” – could occur more often than the cervical cancer itself would.”

Dr. Bernard Dalbergue, a former Merck physician, is quoted on a graphic in the film as saying, “I predict that Gardasil will become the greatest medical scandal of all times because at some point in time, the evidence will add up to prove that this vaccine…has absolutely no effect on cervical cancer and that the many adverse effects which destroy lives and even kill, serves no other purpose that to generate profit for the manufacturers.”

Why are feminists silent?

The top 2 articles in a google search for “feminist on Gardasil” are an article on PubMed decrying the FDA delay of approval of Gardasil for men and a second PubMed article criticizing the feminization of HPV vaccines. Both seem focused not on women’s health but on why the vaccine wasn’t also equally targeted to men. A similar search on the MS. Magazine website brings up two articles on the same topic, Why this Feminist Cares About Men’s Health and Can We Have the HPV Vaccine without the Sexism and Homophobia. Where is the concern for girl’s health and the high risk of harms and bad reactions?

The Gardasil shot was fast-tracked for approval in Australia, and one health activist there has written a book, Gardasil: Fast Tracked and Flawed.  Japan withdrew its recommendation of the vaccine three months after approval and evaluation of its side effects.  Similar adverse side effects caused alarm in other countries.

In September 2018,  The HPV Vaccine on Trial: Seeking Justice on a Generation Betrayed was published. In January, 2019, the case of Jennifer Robi went to trial in civil court. Attorney Robert Kennedy, Jr. presented evidence of fraudulent gimmicks used to deceive regulators during clinical trials.  The 24-year-old plaintiff has numerous conditions and has been confined to a wheelchair since within two months after she received her third Gardasil shot at age seventeen.

Those who care about women’s health should be front and center in speaking out against Gardasil. However, feminists appear to have a very cozy relationship to the pharmaceutical industry. To the feminists, the Gardasil shot may be one more way of giving women and girls complete sexual freedom without worry.  In the feminist paradigm, this access permits sexual freedom for women on par with men.  Why is this freedom considered more important than health and safety of the individuals, particularly girls?

This commentary was submitted by a female health rights activist who wishes to remain anonymous. 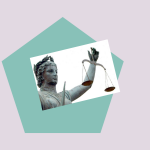 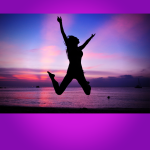 02 comments on “Why are Feminists Silent on HPV Vaccine Risks?”