Could Equal Rights be Hurting as Many Women as it Helps?

The French Revolution pushed the ideal of liberty, equality and fraternity, but had some nasty undercurrents of lower class resentment that sought to punish the rich (The cry “off with their heads” is an example), silence the Church, and revoke the right of private property. Fortunately, many of these extremes were tempered by cooler heads in European society, but the vaunted notion of equality seems to remain an objective of social change mavens, worldwide.

I remember having a falling out with a feminist friend over the issue of equal pay for equal work. Coming out of college and during my early career, I was a true believer in this ‘ideal’. But, over the years, as I worked with men and women in the workplace, it began to dawn on me that perhaps this feminist goal worked against the interest of women and their children. By then, I worked with any number of men who had dependent wives and small children. I also worked with some women who’d rather be home with their children than worrying and managing household affairs remotely from their office desk.

I learned that a man, by necessity, needs (or has every right) to command a higher wage when he is working for not only himself but the upkeep of a family. As a single woman, even if I was making less than a man for the same work, I was okay financially, because my expenses were much less. If I were to begrudge a man for making more, I would be contending against his wife for her work choice: child rearing and home management. By assuming both household roles, a woman frees her husband to work longer hours with more devotion and focus. An employee with support at home is much more valuable than one who is distracted and unreliable due to pressing cares on the home front.

My feminist friend, when I tried to explain my newfound viewpoint on “equal pay,” cried, “But that is ILLEGAL.” Well, it may be illegal, but it is profoundly more just. For a nation and an economy to be truly free, businesses need to retain the right to hire those who have the talent and commitment to do the required tasks (or fire those who fail in that regard). And prospective employees have every right to define their personal salary requirements during the free negotiation of wages and benefits.

In response to the French Revolution, in 1891 Pope Leo XIII, in his papal letter Rerum Novarum, defended the right to private property, and that of every working man to receive wages sufficient to provide for a wife and children. He posited that a living wage would promote thrift, savings and the acquisition of property. This concept of a “living wage” became an important public policy objective in the years to follow.

Equal pay for equal work, in practice, comes against the living wage, by forcing men’s wages lower so an employer can raise their female co-workers to an equal level. I once met a communist leafleteer in Rome, who told me communism would require everyone to work (the Marxist notion of equality). Well, the laws enforcing equal pay for equal work have by necessity forced many mothers out of the home into the workforce just to help their husband’s produce a living wage for the family. I guess this makes the communists among us very happy. The feminists, many of whom have communist or socialist sympathies, who pushed for this outcome are discovering 40 years into their revolution that the wage gap hasn’t budged.

I maintain equality is not possible, because it is not desirable. The private market has obviously found discrete ways of un-leveling the playing field because of our nation’s devotion to liberty and common sense. And, of course, business pragmatism will always prevail.

The “except that of their virtues and talents phrase” in the above excerpt from the Declaration of the Rights of Man penned by the French revolutionaries is clearly a caveat on equality. A person with more talent or one willing to travel, work and sacrifice more, of course will naturally and fairly command a higher wage. A woman choosing to work in the home is exercising her virtue, and by doing so is forgoing personally generated wages all together. She works for love of family and not money, which is why it is virtuous and betters our society.

So, even the French revolutionaries put conditions on equality, probably because deep down they knew no one is truly equal to another. We all shine in different ways and fail in others. It is obvious that human inequalities can’t be wished, willed or legislated away.

Social scientists will tell you that children are better off in a stable home environment. Children want and need their mother to guide, train, nourish and nurture them. It is a good thing that a free market economy offers any number of part time jobs, flexible hours, ‘gig’ or project work, work from home, and small home-based business opportunities for women. The ‘traditional jobs’ for women as they were called in the 1950’s (nursing, teaching, etc.) served a purpose of supporting a woman’s devotion to home sphere. In the internet age we have many more such opportunities. Women who make childrearing and homemaking a priority have a great deal of life satisfaction, something equal wages (even if they are achievable) often fail to provide. Wives of professional men and business owners are also discovering that two can accomplish more together as one, and there are many financial rewards to being a full time wife and homemaker.

This recent Atlantic article points out that the current Corona Virus pandemic will force many mothers out of the workplace into childcare roles ala the 1950’s family. Perhaps this is a market correction of sorts. Many women may decide they like their home more than their office cubicle and shift their focus back to the home. Some women may discover the virtue of putting family first, as opposed to being a cog in the wheel of industry. I believe this would be a rewarding silver lining to the current economic dark clouds. A virtuous woman by choosing home and family over the workplace becomes decidedly unequal. She rises above equality toward nobility. 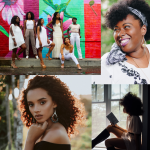 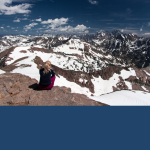 03 comments on “Is Equality Fair to Family Life?”