Madam Speaker, a biography of Nancy Pelosi by Susan Page, reveals that as an entry-level worker for a US Senator from Maryland, she made double the salary of current House Majority Leader Steny Hoyer who also was in an entry-level position in the same office.

Then why do feminists think that women need federal laws to assure income equity with men?

Instead of trying to use the government to mandate what you should be paid, women should learn how to advocate for themselves, just as Nancy did. If you follow Pelosi’s career, she was always one step ahead of Steny Hoyer and the book tracks those steps over the years.  While the book doesn’t suggest that Hoyer was any less competent or skilled a politician than Pelosi, it shows that Pelosi’s advancement to Speaker of the House was earned by hard work and determination.

In 1962, Nancy D’Alesandro’s first job after college was in Congress working in the office of a Maryland Senator.  While she was a secretary, Hoyer was a clerk.  As much as feminists have always dissed the notion of being a secretary, secretaries were paid more than clerks at that time.  It wasn’t a matter of gender. (Even Pelosi has a hard time believing this today, but author Susan Page did her research and checked records of salary.  Page is an established journalist, an editor of USA Today.)

Pelosi also happened to be the daughter of Tommy D’Alesandro, a three-term mayor of Baltimore and ex-Congressman, a reason she had the job in the first place.  We don’t disparage her for this connection or for anyone else who gets a job because of connections. In general, connections may get you the job, but they don’t guarantee you won’t be terminated for failing to perform duties.

Politics is in Nancy Pelosi’s DNA as much as it is members of any American political dynasty like the Kennedys or Bushes. (One of her brothers also served as mayor of Baltimore.) She was a toddler when her father was mayor, and she grew going to political events. Her mother was equally engrossed in making political contacts and advocacy.  She learned dealmaking and behind-the-scenes skills from her family. Even though she did not have the oratorical skills of her father, she had other intellectual gifts–a great memory, a mind for detail. And, as the book points out, she’s also a speed reader and a fundraiser.

Page talked to numerous associates, family members and political rivals to get an understanding Pelosi, the most powerful American female politician ever. She takes us through each of her major challenges and political programs, such as opposition to the Iraq war, challenging China on human rights violations, economic rescue packages on numerous occasions, the Affordable Care Act, and the Trump impeachment proceedings. The book takes us behind the scenes on her strategies and the ways she typically brought the diverse members of her party on board. Although she may appear to hold a heavy gavel, there’s great subtlety in the way she proceeds. If anything, she’s always strategic.

To be sure, Speaker Pelosi would probably say she’s a feminist, but the book doesn’t get into her views on feminism. Unlike today’s angry feminists, she never banded with women to force issues, or engaged in sex wars. At times she may appear autocratic, but she garners consensus by building relationships, perhaps using traditionally feminine skills.

Nancy Pelosi ran for Congress only after raising her five children

Today feminists suggest women forego having families until they’ve established strong careers.  Nancy Pelosi did the opposite.  She had raised five children before first running for Congress in 1987.  Her youngest was a senior in high school when she decided to run.

As a mother, she practiced all discipline and organizational skills needed for the office she currently holds.  She also learned how to manage disputes and negotiate compromises.  Negotiating compromises is what politicians need to do more than anything else, whether it’s within their own party or with the other party.

Pelosi didn’t need powerful women’s groups to get her into office.  In fact, the first person she ran against was a powerful man within San Francisco’s gay community.  He was expected to win.  She defied all odds based on her own skills and clever strategies.

What does Pelosi’s career suggest about laws regarding equal pay?

We suggest that many women who choose lesser-paying jobs, even when they’re professionals, do so in order to prioritize family and home over work. We laud and admire that they would put family first.  The feminists do not accept that priority and insist on laws to mandate women equal power in the work world with men.  Feminists don’t think that the gentle powers in the home or in relationships are equal to the powers of money and politics in the work world.

Nancy Pelosi didn’t need feminism to get her ahead.  Indeed, many of her sex in her own party, such as members of “The Squad,” work against her.

Feminism brings us people like Elizabeth Holmes and Sheryl Sandberg

Feminism, on the other hand, produced Elizabeth Holmes.  Holmes’ ambitious parents projected their own ambitions onto her.  Their projections would be unimaginable without today’s feminism. If their oldest child were a male, they may have done the same to him, but it’s more newsworthy when the latest genius, another Bill Gates or Steve Jobs, is female. Feminism promotes undeserved delusions of grandeur.

Now the world is reeling from her failed blood-testing company, Theranos. Sheryl Sandberg, CEO of Facebook, may be experiencing her own world on edge by a whistleblower of the social network run by her and Mark Zuckerberg.  She probably still believes that women need to Lean In and become just like her.

Fantastic hubris of this sort used to be exclusively the territory of men. It’s unwise to tell any child, male or female, that they can do or be “anything they want,” rather than help them to be the best person for their abilities and talents. People rarely get to the top without very hard work, brains and a good deal of luck. No one knows where the luck will bring them and trying to legislate outcomes backfires.

Speaker Pelosi worked incredibly hard for the power she has, and, no matter what your political persuasion, her efforts are to be respected.  Women who want power outside of the home and family should recognize that Pelosi doesn’t blame all the world’s problems on toxic masculinity. Remember that both Ruth Ginsburg and Nancy Pelosi were born and raised before widespread feminism.

Dissident Teacher, is a mother and graduate of a Big Ten university, who has taught college for more than 25 years.

Leaving a High Powered Career Behind 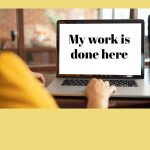 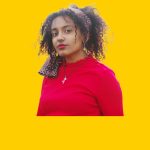 Why I am Not a Feminist