Much has changed since I was a girl in the 1960s and 1970s. On the whole, I do not believe that feminism has made life better for American women and girls.  Nor do I think it has helped men and benefited society as a whole.

As an anti-Feminist, it’s not that I disagree with equality for women, and I appreciate the right to vote.  I hate the nasty effects feminism has had on the world around us. If American feminism set out to emphasize what is inherently good about women, it would be more successful. Instead, feminism is intent on imitating men while diminishing men.  At the same time, they’re downplaying the best qualities in women and girls and pretending that differences between the sexes are a social construct.

I’ve been married, had children, got divorced, and was a college professor for almost 25 years. Anti-feminists in Academia, such as me, do not have much of a voice. While we may think that Islamic women wearing burkas are silenced, how is that different from women in academic positions who are not allowed to express positions against feminism? I’m not an academic star, and I haven’t always been treated well in work situations, but it has nothing to do with my sex.

Like many Americans, my viewpoints don’t reflect either political party very well. My votes for president have been equally split between Democrats and Republicans.  As a voter, I think independently, so I can’t be swayed easily by feminists.

I know what it’s like to be a single mother and though I don’t have financial struggles now, at times I struggled financially. I believe feminism is making it worse for women in divorce situations. It’s very much a problem that the Feminists have pushed the idea that men should be as good at childcare as women. That will never work.

There’s a harmful side to feminism, and here’s a list of some of the Fallacies of Feminism:

I also appreciate that some of the women in Congress are the ones who can take the credit for making the divided US Congress reach consensus.

Progress against domestic violence and more women in Congress are the main successes of feminism. Otherwise, it’s a failure   I don’t support the ERA and frankly we don’t need it.  It won’t give women rights they don’t have now.

My heavy readings in Psychology inform some of the ideas that will be presented here on this website. We will post articles and videos that support our views, such as the video of Camille Paglia, a feminist I agree with in this instance.

Others may write on this website, women who may have a slightly different view of feminism. But only women who disagree with the basic premises of the movement can write for this blog.  The feminists shout loudly and clearly every day and they don’t need another voice.

The Spectacle of Sexual Politics on the National Stage 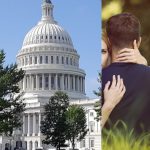 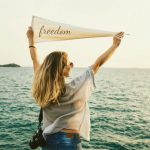 Why I am No Longer a Feminist

02 comments on “Introducing the Feminist Fallacy”