Partisan politics will be the winner of the investigation into Brett Kavanaugh. Although I thought both witnesses were believable, an experienced trial lawyer explained to me the signs that both Kavanaugh and Ford were fudging at the truth. He read a lot into facial expressions and said Kavanaugh’s temperament is an issue.  For the women who have since come forward to report sexual assaults who otherwise would not have spoken up, I am happy for them. An experience like Christine Blasey Ford described would derail a young, innocent teen for quite a few years. However, the mistrust between women and men can only grow from this episode.

Boys school students who are normally in a rigorous environment often can’t wait to let their guard down and bad behaviors aren’t unusual in such situations. Teenage boys, highly competitive by nature, egg each other on and dare each other to try offensive behaviors.  It’s too bad the parents didn’t have a better handle on what the teens were doing at someone’s home when the parents weren’t home. The biggest lesson is that things happen you don’t want to happen when people drink who are too young to handle it.  People are inclined to participate in unwanted activities and do things they would do when they abuse substances.

The choice of Brett Kavanaugh was not the best choice the president could have made of his 5 or so finalists.  He picked someone who was dedicated to the Republican Party who had played the partisan game early in his career.  A very similar reasoning was behind the choice of Elena Kagan, a party loyalist and the perfect Democrat.  She had never been a judge. Kavanaugh’s academic and professional record, like Kagan’s, is sterling.  But again I wish that Supreme Court justices would be less representative of partisan politics.  President Obama’s choice of Merrick Garland was a great choice, but the Republicans refused to hold hearings. Supposedly, Kavanaugh and Garland are not dissimilar in their rulings.

The issue comes up that this whole investigation against Judge Kavanaugh was cooked up in order to engage Feminists and Democratic partisans in speculation that he will be the deciding vote to overturn Roe vs. Wade.  If it can be proven that Brett Kavanaugh is a misogynist (the widespread misogyny claimed by feminists is a myth), then he doesn’t deserve to be votes on cases that concern women.

The stated reasons that Feminists brought Anita Hill/Clarence Thomas hearings when Justice Thomas was undergoing judicial review for the Supreme Court was the issue of Sexual Harassment.

The problem in making the case conclusive from the evidence presented is that Professor Hill followed him around from one job to the next and kept contact later, obviously benefiting from the relationship.  In the meantime, the hearings were presented on national television. However, as a woman, some of Anita Hill’s allegations shocked me and bothered me. Others interpreted her as a person who misread cues and lacked a sense of humor.

At the time, my ex-husband and I were seeing a marriage counselor who watched the showdown on TV and concluded that both players believed 100% they were telling the truth.  In interpersonal relationships, people interpret truth differently, and there were personal issue between Hill and Thomas.

Professor Hill is hardly a victim.  She got mileage for her career out of her relationship with Thomas and she is getting mileage now.  The documentary film, Anita released in 2014, claims she changed the discussion and politics of sexual harassment.  Laws involving sexual harassment already existed, and since that time most places of employment have been enacted laws to put the issue forward.

#MeToo emerged in 2017, but was long overdue. The Anita Hill hearings cost society, especially in terms of what the spectacle taught our children. What was most disgusting is that Congress put this hearing in the arena of national television.  Some will argue that it was important that feminists brought the issue of sexual harassment to the fore.  However, I’ve read that the feminists’ main motive was that they did not want Clarence Thomas approved because they were afraid he’d vote to overturn Roe vs. Wade.  After all feminist groups went berzerk for that reason over the nomination of David Souter in 1990 and it didn’t stop his confirmation.  Perhaps the feminists needed to find a new strategy, and sexual harassment became the strategy.

The Democratic strategy opened up the possibility of revenge by Republicans who wished to expose Bill Clinton’s moral failings.  The Paula Jones case was the biggest disaster and waste of public time, and ultimately a condition which hurt her more than it hurt the president. Paula Jones settled her suit, but lost her husband in the process and used some of the money to fund plastic surgery.

Then came the Monica Lewinsky scandal.  Republicans wanted Clinton impeached and the Press brought to light unsavory, private information about a relationship that had gone sour.  For days and weeks, this soap opera was the only major news, and I lost respect for Congress that they wasted time on it.

No matter how much any of us tried to turn off the news so our children would not hear this story, it didn’t work.  Monica Lewinsky was not a child but an adult when she worked as a White House intern.  She had been warned by women working in the White House to dress more appropriately.  Yet she chose to lift her skirt and flash her thong at the president.  She studied his weakness and knew how to hit him with those weaknesses.

My only sympathy was that she was a child of divorce whose parents split at a time when she needed them, adolescence.   In that situation, perhaps she was vying for attention and learned how to play into the hand of parental disagreements to get her way.  Before Bill Clinton, Monica Lewinsky previously had an affair with a married man.  Going after married men may have been a way to deal with her insecurities.  I only wish her parents stood by the family unit and waited until she was an adult before they divorced.  Our country suffered because of her actions.

In the interview with Barbara Walters, Monica said she was extremely sorry to Hillary and to Chelsea.  At the same time, she tried to get sympathy by explaining how hard it was growing up in Beverly Hills while not getting invited to the right parties and being overweight.  I hope Monica has had counseling. I hope that she truly regrets her actions now and realizes how wrong she was.

My understanding to the Clinton/Lewinsky situation is that 1) there was incredible sexual chemistry between the two which he should have resisted. 2) She was greatly attracted to his power and she used her power over him way more than he used his power. She got him in a bind which he couldn’t resist. People who don’t agree with me say Clinton never should have responded to her. I don’t buy the argument that, as the most powerful person in the world, he was using his power over her.  Truthfully, I’d be ashamed if my 22-year-old was acting that way; family connections got her the internship in the first place and she used her privilege badly.  (I say this as someone who has been told that I look like her, and someone who would probably like her, if I met her in person.)

In my opinion, President Clinton lost more esteem from that affair. He almost got impeached.  I tend to disagree with people who say he abused his power.  I think she held more of the power over him in the relationship.  Monica went after her goal and she got it.  She saved that blue dress as a matter of pride to prove the affair.  She gained pride from her actions, publicity, but much of it backfired. Should the president have been impeached for lying? No.  President Clinton chose his wording in a way which clouded the issue by saying “I didn’t have sexual relations with that woman,” and he became the subject of impeachment proceedings because of his perjury.  I was angry his lie because it involves twisting meaning and choosing his own interpretation of what sexual relations means.  It is typical of politicians and to justify their positions using such rationalizing language. Yet the issue at stake was not an issue involving politics, the nation, national security or an election

Ironically, Brett Kavanaugh worked with Ken Starr on the investigation in the Paula Jones/Monica Lewinsky affairs.  Are the attempts to derail his nomination the Democrats’ ultimate revenge?  I think so. An eye for an eye, a tooth for a tooth rules with our political parties. (Hillary thought the investigations into the Lewinsky affair was a right-wing conspiracy, and Kavanaugh mentioned the Hillary revenge factor in the hearings.)

When our children who heard these salacious tales, it opened the floodgates for belief that openness is the arena of sexual behavior is the norm.  We may be back on a trail of prudishness just because so much has been open and exposed.

Since it was legal in many states for 18-20 year olds to buy alcohol, the early 80s were the absolute worst era for teen drinking.  And when new allegations come up, such as those of Michael Avenatti’s client, it loses credibility and seems more like character assassination.

The ultimate irony is that– before #MeToo — feminist ideology expressed no qualms about women who used their sexuality to get ahead.  Before MeToo there was Mary Cunningham. Before MeToo, Kamala Harris, currently Senator from California, saw her road to advancement as the girlfriend of former California House Speaker and San Francisco Mayor Willie Brown.  He was 30 years older than her and in his late 60s. It wasn’t just the chemistry. 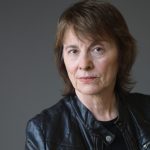 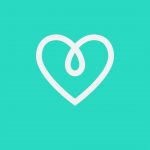