I knew at a very early age, maybe 3 or 4, that I was a feminine girl. My desire was to grow up to be a wife and mother. Even still, the feminism in the culture around me was influential in my life, and to my detriment.

As a child, I loved playing with dolls, long hair, wearing dresses. Even still, my mom cut my hair short and I was enrolled in boys baseball. I was encouraged to be a Tom Boy. Did my Dad want a boy?  Or, perhaps it was my nature vs. the feminist influence on my parents’ decision making.

As I matured, I developed an eating disorder because I was uncomfortable with my new feminine curves. I was 5’7″ and weighed only 110 lbs. I was very thin on purpose, and practically starved myself from the age of 15 until 23.

Being a teenager in the 1980s, parental discipline was diminished under the new feminist ideals of the independent woman and “girls are no different than boys.” So, my parents were very lenient, unlike in the 1940s and 1950s when parents would have been strict and protective of their teen girls. All my life, I received mixed messages from my parents, with my mom the more feminist parent. My father is a conservative man with conservative values.  But, because of feminism, he stifled his values.

I was encouraged to attend college by my parents, who admonished me, “your husband may leave you or cheat on you, so you must be prepared to be on your own.” I realize now what a cynical message that is.

In college, I was raped in a fraternity house. This fellow actually did this to a number of girls. One day someone spray painted the word RAPIST on the front door of the fraternity house. I would never try to go back and ruin this guy’s life now, because the night it happened, I was drunk out of my mind. I shouldn’t have been there, and getting drunk and making myself vulnerable was my fault. I was partially responsible.  In addition, this incident was possible because I was at a party I knew my Dad would have disapproved of me attending.

The event dramatically changed my experience of college. It ruined my college years. I had to run into this guy on campus all the time. It was embarrassing. So, I withdrew from campus social life, kept to myself. I started dating a guy who was off campus. He was from the other side of the tracks, a blue collar guy. He was a bad boy, pot smoking, drinking…which at the time I thought was normal for our age range. But he was handsome and charming and I had sex with him after dating only two weeks.

I now realize that the powerful bonding I had to this man was due to the sexual intimacy. There is a powerful chemical reaction that occurs when a woman has sex with a man. It made me want to be with him, in spite of the fact he was all wrong for me. I was crazy for him. The practice of chastity was replaced by the feminist idea that free sex was good not just for men, but women, too. And feminist political correctness made me feel that it would be wrong to reject him due to socio-economic differences. It would not be right, I reasoned, to reject someone on that basis.

We were two fertile young people with a great deal of passion and chemistry between us. I got pregnant. After talking to the school nurse, I decided to abort the child. She assured me that it wasn’t a baby yet, and that it was a simple procedure. In other words, it was no big deal. My boyfriend went along with me on this. Feminism dictates that the man has no say in the matter. He ended up hating the fact that we made this decision.

I feel robbed of my innocence by the free sex encouraged by feminist ideology.

I married my boyfriend after graduation, and when 7 months into a job I hated, I got pregnant again. At age 23, I finally accepted my womanly body when I had a child growing inside. We were married for 12 years and had three more children together. Our marriage was rocky, he was full of self-hate, and felt he never could live up to the success my father had.

If I had been less aggressive, if I had not needed to be so smart, if I didn’t try to protect him from himself, perhaps the marriage would have succeeded. From day one our feminist culture taught me not to trust men.  I had chosen a very masculine man, one full of protective instincts.  I was strong, driven, and had high expectations. It must have felt like pressure to him. My Dad said I was too much for him to handle. Another way, feminism foiled my chances for a happy marriage.

I was very independent, didn’t understand men. I wanted to be home with kids and he completely supported it, but he likely would have loved if I had a job and contributed to the family income. Feminism may have given him expectations of a working wife.

I would have stayed in the marriage except he cheated.

Our marriage ended in a nasty divorce. He and I both remarried, he is already divorced again. My ex-husband is an alcoholic. He has had a rough life. The guilt he felt from my abortion may have played a role in his addiction getting worse, although I will never know for sure. He loves our children and was a great dad. It probably went against every protective instinct he had to cooperate with the abortion.

Not a day goes by that I don’t think of the child I aborted. I now have to live with the fact that I murdered our first child. I went on to marry the father and have three more children with him. I know God forgives me, but I do have trouble forgiving myself.

I am happily married today. I attribute that happiness to the book, Fascinating Womanhood and what I have learned from its author.  I believe feminism ruined my life. I can’t go back and do it over. I gave my children a bad marriage. They will never know the joys of an intact family, two parents under one roof that love each other and love them. My children have been through hell, and that is because of the feminist programming I received as a young girl. With the help of Fascinating Womanhood, I have unlearned the feminist ideas that fouled up my life. 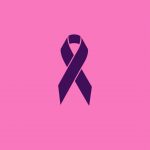 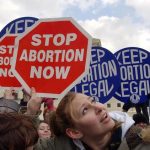