When Leana Wen, the first doctor to head Planned Parenthood, recently left the organization, she clarified her philosophical differences with the Board.  She wanted to focus on women’s health and find common ground with Americans who have moral qualms with abortion, in contrast to her Board of Directors which engages in politics.

Wen’s departure once again exposes the dark side of Planned Parenthood.  In a country plagued by tribal divisions and animosity, Planned Parenthood and the National Rifle Association stand out as toxic groups which hold sway over huge constituencies.

Planned Parenthood claims it’s about more than abortion and birth control. It promotes the organization as pro-women, safe and caring.  This article exposes the unsavory side of Planned Parenthood and women’s health advocacy, while keeping abortion out of the discussion.

Planned Parenthood’s heavy promotion of the pill and IUDs, instead of safer methods of contraception, is a direct threat to girls’ and women’s safety.  Planned Parenthood’s emphasis suggests a cozy relationship with the pharmaceutical industry, something investigative journalists should explore. If you “stand with Planned Parenthood,” do you really know all that you stand for?

Safety of the birth control pills

Among the well- known side effects of birth control pills:

Every adult women I know who used “the pill” at one time, and discussed it with me, told me that their body could not handle it. The one exception is a 50-year-old friend who has chronic stomach problems. She’s so irritable and hormonal when she goes off the pill that her family can’t tolerate her. In truth, she’s chronically ill and lives with a condition the pill may have created and continues to make worse. She began using it as a teen.

Kelly Brogan, psychiatrist and presumably a feminist, advises against using the pill.  Although the pill has useful applications other than birth control, such as lessening menstrual cramps and acne, the side effects can be worse than enduring these conditions.  It should only be recommended with full knowledge of side effects. Birth control should not be treated as medical necessity, comparable to insulin for diabetes or high blood pressure medication.

There is nothing natural about birth control pills.  As synthetic hormones, they’re powerful.  There’s also strong evidence of environmental damage to our water supply and fish.  Plus, women are susceptible to a host of problems like blood clots and auto-immune diseases — even after they stop using.

Perhaps even more deadly and scarier than hormonal birth control pills are intrauterine devices, IUDs.  They have a checkered history, and many IUDs have been taken off the market.

If the NuvaRing hasn’t been taken off the market, it should be.  NuvaRing, like the birth control pills, Yaz and Yasmin, comes from the third and fourth generation contraceptives, proven more dangerous than the second wave of contraceptives.  Although Schering Plough first sold the pill in the US, Merck bought Schering Plough and came into the lucrative contraceptive market with NuvaRing. Merck’s other controversial medications include the Gardasil shot, Vioxx and Fosamax.

The number of women who suffered from blood clots and even death as a result of using Nuva Ring is shocking. According to a long article in Vanity Fair, a nurse practitioner at Planned Parenthood told a patient whose mother had diabetes and whose father had a history of heart disease that NuvaRing was safe for her. Users of NuvaRing are 6.5 times more likely to have a blood clot than non-users of pharmaceutical birth control. NuvaRing earned $623 million for Merck in 2012, and 5.5 million prescriptions were filled in 2010 alone. The article, “Is the Contraceptive NuvaRing Killing Thousands? The Full Investigation,” revealed this information, as well as disturbing information overlooked in FDA trials.

Planned Parenthood promotes hormonal IUDs on their website, explaining their extraordinary effectiveness in preventing pregnancy.  Planned Parenthood’s marketing is clever, with convenience being one of the main selling points.

Instead of mentioning extreme side effects of hormonal IUDs, the PP website sums it up: “So if you can stick it out for a few months, there’s a good chance the side effects will ease up.”   (Many women can attest that this description is not true.)

Today, Planned Parenthood promotes Mirena, Kyleena, Liletta, and Skyla, all of which are used for 3-7 years.  (In contrast, the Nuva Ring was inserted once a month and taken out during a period.)  The copper IUD gets the biggest marketing plug from Planned Parenthood: It lasts for 12 years, but can be removed at any time.

Having synthetic, foreign hormones injected into your body for multiple years is shocking, but putting copper into your body for 12 years and letting the metals interact with menstrual blood and uterine cells is even more frightening.  Who would do this?  Young and naïve women who believe in Planned Parenthood’s hype and believe the organization is really about helping women.

As for the copper IUD, known as ParaGard, Planned Parenthood says, “If you get it put in within 120 hours (5 days) after unprotected sex, it’s more than 99.9% effective. It’s actually the most effective way to prevent pregnancy after sex. Another great thing about using the copper IUD as emergency contraception: you can keep it and have really effective birth control that you can use for up to 12 years.”   Hint: Planned Parenthood has an underlying goal of making women less likely to ever have children.  In the Feminist mind, true equality, true reproductive freedom is the right to be childless, not the right to have a healthy pregnancy and children.

On their website, Planned Parenthood mentions the cramping and pain with the copper IUD, but uses the same words for explaining hormonal IUDs: “Some people have side effects after getting their IUD. They usually go away in about 3–6 months, once your body gets used to the visitor in your uterus. So if you can stick it out for a few months, there’s a good chance the side effects will ease up.” This statement is an outright lie.

In 2014, the cost for ParaGard was $754 and the cost of the Mirena IUD was $863.  It could be that Planned Parenthood’s ready endorsement of these products is because either they make more money by promoting them.  Or, it could be that pharmaceutical companies give them a discount or a kickback.  Planned Parenthood no longer recommends NuvaRing, and Merck no longer sings its praises either.

Threats and dangers of a copper IUD

A check into ParaGard finds that it is associated with extreme pain, endometriosis, adenamyosis and many women who never had those problems before they used the ParaGard.

Demetra Nyx is a sex and menstrual period activist who never had period pain until she had the copper IUD inserted at age 20.  Now 26, Nyx wrote In Medium this past March:  “I got a copper IUD put in at age 20….and that seemed to be the healthiest option. The IUD made my periods incredibly heavy and painful.   I couldn’t leave bed for days when I had it…. That was over five years ago, and my periods are still painful. I have symptoms of endometriosis.”

Nyx explains that her belief was that Feminism is about every woman having the right to do what she wants with her body.  If feminist clinic workers cared about women they would not be suggesting a copper IUD is the safest and healthiest option.  (Did she get her information from Planned Parenthood, or another women’s center?)

A facebook page is full of people that never had such pain in their uterus until they used the ParaGard. It’s called “Paragard-Dont-GET-ONE-Women-helping-women-to-be-informed”.

The warnings on Drugs.com are ominous.   ParaGard needs to be taken off the market. Copper or metal IUDs are too dangerous.

What about the women who don’t get the heavy bleeding and painful periods from a copper IUD?  We can’t estimate what percentage these women are.  However, besides the risk for more female problems, women who use the copper IUD face the risk of heavy metal poisoning.  Please research the symptoms and effects of metal poisoning.  Planned Parenthood does not mention heavy metal toxicity on its website, a serious omission.

So Planned Parenthood is a toxic organization, strongly anti-women because it doesn’t care if all these women clients get sick. In fact, any doctor or health clinic that would recommend ParaGard is ethically compromised, or clearly hasn’t done the research.

Both pharmaceutical companies and women’s health centers minimize the dangers of IUDs and birth control pills. Americans have a love affair with pharmaceuticals, and contraceptives are one class of drugs that is pushed beyond necessity.

Although Planned Parenthood’s website mentions diaphragms and cervical cups, most teens and young women who use birth control don’t even know about these methods. These methods are safer for your body and your future health, but less convenient. Plus, they’re nearly as effective in preventing pregnancy, if inserted correctly. Methods that require insertion each time before having sex are minor inconveniences, but they could save a lifetime of health problems.

Since Planned Parenthood hides the dangers of birth control pills and IUDs, there could be hidden reasons, such as kickbacks from pharma companies. Diaphragms are both effective and cheap.

Some communities pass birth control pills to poor and disadvantaged girls, as if their families are not good enough to protect, educate or care for them. At an elementary level we need to question the wisdom of community health programs that advocate giving teens birth control pills.  (I understand counter arguments of preventing unplanned pregnancy in teens who aren’t mature and don’t have the money to raise a child. But these concerns need to be weighed against the real health concerns.)

Instead of extreme warnings and PSAs against using birth control pills and IUDs, the industry just keeps inventing new ones because it’s so profitable.  Planned Parenthood stands front and center in this very effective cover-up of the dangers of pharmaceutical birth control.  Do they get paid off for promoting it?

Fertility isn’t a sickness, but Planned Parenthood treats it like it is.

By Dissident Teacher, a mother and graduate of a Big Ten university, who has taught college for nearly 25 years. 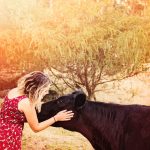 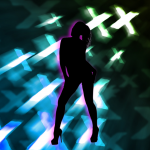