Candidate Elizabeth Warren came in 3rd place in the Democratic primary for her home state of Massachusetts, behind Biden and Sanders, two men.  Of course the explanation for her loss must be sexism. It’s easier to blame an unconscious bias, rather than personal characteristics or her campaign, for the loss.

Co-hosts of The View, Meghan McCain and Joy Behar, blamed the loss on sexism and misogyny.

People have unconscious biases on everything — age, height, sex and baldness — that will affect their voting.  I am tired of women who make news because they’re so offended by any slight and call it sexism any time a woman isn’t chosen.

Those on the left-wing of the Democratic Party demonstrated that they prefer Sanders. In her home state of Massachusetts, many people think she has an authenticity problem. Senator Warren should accept it and move on.

What about the men who remain in the race?

Were Bernie Sanders’s comments about women and sex in the 1970s wrong and offensive? Yes.  Should we judge him today by those statements?  Well, we have to look at them as part of the whole person and his history, just as we look at Elizabeth Warren’s past claims.  (Not only did she claim to be Native American, but she also suggested she was fired in the 70s for being pregnant — it wasn’t true.)

Are President Trump’s claims about grabbing women offensive?  Yes, but the president never pretends to be polite, or humble.

Was former VP Biden wrong to vigorously question Anita Hill back in 1992?  No, anyone who gives negative testimony against a Supreme Court nominee should expect vigorous questioning.  Why do women cry foul when it it happens?

Were Biden’s hugs and kisses in the past inappropriate?  Yes, especially when it came to minors.  He should have known better about hugging and kissing little girls. It’s surprising his wife and other women did not tell him how annoying (and scary) those hugs are to young girls.

No candidates are perfect. Many judgements aren’t rational or predictable.  Personal characteristics rub people the right or wrong way.

Can a short man be elected president in this day and age?  Probably not.  Both Biden and Sanders are 6 feet tall, and President Trump is even taller.

After Super Tuesday, Warren commented on sexism, saying. “If you say, ‘Yeah, there was sexism in this race,’ everyone says, ‘Whiner!’ And if you say, ‘No, there was no sexism,’ about a bajillion women think, ‘What planet do you live on?'” She said she felt sorry for the pinky girls who will have to wait four more years.

On the campaign trail, Warren made “pinky promises” her gimmick.  Whenever she met a girl, she said “I’m running for president, because that’s what girls do,’” On Twitter, she explained “And we pinky promise so they’ll remember.”   It seemed to be a formula that got lots of attention.

If we ever has a female president, let’s hope that she is chosen for her intelligence and other sterling qualities, the same way Angela Merkel and Margaret Thatcher were. Let’s hope gender isn’t the reason women are supporting her.

William McKinley was the last short man elected president; he was assassinated in 1901. James Madison stood only 5’4” tall. But he did not live in the age of television, or even photography.  Based on current trends, no man under 6’ feet should believe he could be elected president.  In France, where many short men have been elected president, this prejudice does not hold true.

Dissident Teacher, mother and graduate of a Big Ten university, has taught at the college level for nearly 25 years. 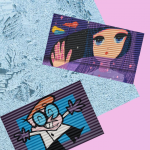 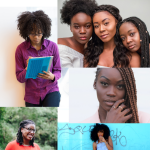