Although western society is no longer patriarchal, for the most part, feminists have cooked up another form of control, female dominance.  Notice that the new domination isn’t exactly matriarchy, because it doesn’t involve motherhood.  It’s a form of social control that intends to force conformity of feminist thought upon all women. When it’s done in the schools and universities to female students, there’s a dark and devious tone to this domination.

As for males who are in school or just entering into the work world, they don’t know who they’re supposed to be anymore.  If they exhibit masculine traits or pursue something that’s traditionally masculine, it may be considered toxic.  In the feminist world, all masculinity is toxic masculinity.

In the absurd world of feminist dominance, we’ve replaced meritocracy with diversity in the hiring practices of major universities.  Women are always preferred.

In Michelle Obama’s new Netflix documentary, Becoming, the former first lady said that having children was a “concession” that cost her “aspirations and dreams.” However, in her autobiographical book, Becoming, she talks about going through in-vitro fertilization to have children.  Obviously, she wanted kids, and having her children was a major dream and aspiration.   Mothers, please don’t be offended just because she called motherhood a “concession” which appeases the feminists. Her word choice is “good” politics.

She made a choice and that choice was not the feminist preference for career first. Maybe she wasn’t able to Lean In as much as Cheryl Sandberg and didn’t have a husband willing to do equal work in the home.  Luckily, she always had her mother living nearby and had help in caring for the children.

However, around the time her husband Barack became a Senator, Michelle took a high-paying job in community relations for the University of Chicago hospitals, with a salary about $250,000.  Not to diminish her considerable skills, but jobs like that are usually cushy. Having a senator’s wife on staff in a prominent role was great public relations for the university!  It also would give the university more access to grant money!

Because Michelle also has a good deal of emotional intelligence and competence, and is married to the right man, tons of good things have come her way.  And her husband saved her from the grind of having to work for a high-powered law firm, the slow route to early death.

Michelle, like Melinda Gates, was very accomplished in her own right before she married an accomplished man with even higher aspirations. The former FLOTUS, like the current FLOTUS, knew that marrying a star can bring you stardom too.

Feminists don’t like this fact, but women still marry men who bring them money and or status.  And women who fall in love with superstars shouldn’t need to apologize or justify their concessions.

Some feminists, exploiting adolescent girls’ potential attraction to feminism and veganism, have tried to equate feminism with veganism.  One of their memes suggests that drinking milk is the equivalent to rape.

The women’s marches, the political ads on TV which claim to know how all women think and linking veganism to feminism are also means to control women.  Feminists, we’re sick of you.

Heather MacDonald stated the feminists problematic thinking in a Wall Street Journal commentary, Sorry Feminists, Men are better at Scrabble:  “According to feminist dogma, males and females are identical in their aptitudes and interests. If men dominate certain data-based, abstract fields like engineering, physics and math, that imbalance must, by definition, be the result of sexism—whether a patriarchal culture that discourages girls from math or implicit bias in the hiring process.”   Feminists, please get over trying to skew facts in favor of female dominance.

It’s highly unlikely we’ll ever go back to the patriarchy, but that doesn’t mean that the female dominance imagined by the feminists is any better.

Dissident Teacher graduated from a Big Ten university and has been a college professor for 25 years. She took time off of work for her children.

Trapped in a Two-Income Economy 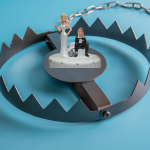 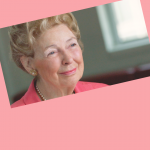 From the Heart of America: Phyllis Schlafly

02 comments on “Replacing the Patriarchy with New Form of Control: Feminism”