It’s tough for women who want to stay home with their kids and be a homemaker. In the age of feminism, there is a prevailing attitude that women *must* work to be of worth. Or to prove themselves. Underlying this is a context of child-rearing not being truly valued. Who is to say what is value to another human? What can it mean to one person what another finds value in?

A definition of feminism states “The advocacy of women’s rights on the ground of the equality of the sexes.” The ideology espoused by feminism has its limitations. It seems that rather than focus on something as solid as protecting rights on the grounds of sex, modern feminism leans too far in the direction of telling women what they should or should not value.

For example, take the example of women going right back to work after becoming a mother. In many areas of our society, including economic, this is an assumption. It is an expectation. To condition women towards this expectation, we are encouraged to wait longer and longer to get married and start our families. Rather, we are encouraged to work on our careers and get to a point of stability within our jobs and finances before even considering having children.

But does this actually do a disservice to motherhood and women who choose that path? I would argue that yes, it does. Inherent in these expectations is the message that we are not as valuable–or as valued–in our role as mothers. What does that say to the basic feminist principle that we can choose our lives and our paths? Is it still a choice if the experience of motherhood is so deeply undervalued that we are encouraged to avoid it for as long as possible?

And when we do enter motherhood, then we are encouraged to outsource the raising of our children, often for the same reasons–that raising our own children is not valued socially or economically. That leads us into the murky waters of typical “domestic” work like childcare which, while expensive for a family unit, does not pay the workers in a way that shows how much their work is valued.

The ideologies espoused by feminism–that women could and should be part of the work force–created the system of the two-income family and the social, cultural expectations that went along with it. Indeed, the thrust to have women in the “work force” rather than adding value to their households in the myriad ways that we can, led to the two-income household economy in which we are now trapped.

Single Minded is a single parent working hard to raise and provide for children. 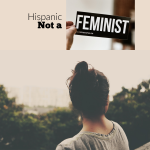 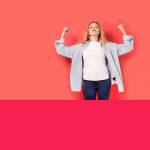 Replacing the Patriarchy with New Form of Control: Feminism