Sarah Smarsh and the voice of many generations

Shortly after the ERA was defeated, Sarah Smarsh was born to a teenage mother and her husband in Kansas. Like Phyllis Schlafly, Smarsh came from many generations of families living in the Midwest. In her book, Heartland, she chronicles what it was like growing up poor in Kansas.  A journalist today, she broke the multi-generational cycle of teen motherhood in her family. Her latest book, She Comes By it Natural, is about Dolly Parton, a phenomenal woman.

I recommend reading Heartland, a memoir published in 2018.  The book is sympathetic to the hard-working social and economic conservatives of her childhood. Smarsh makes a convincing argument that typical conservative economic policies harmed Kansas, the agricultural sector and her family.  She describes her childhood as poor.  However, her mother, Jeanie, and her grandmother, Betty, made a lot of choices that could have produced different outcomes when they were young.  They moved a great deal, often because of relationships with men, sometimes for economic reasons. (In reality, her childhood is much like that of most Americans whose families struggle to pay all bills).

I don’t think her book presents a good argument for feminism because the cruelty of life is most obvious and prevalent in the hardworking life of her father, who suffered from a chemical poisoning from his work. Like many men turning 65 now, he worked extremely hard in the 1980s and 1990s, but never achieved financial security.  When he finally saved the money to buy a home, he was hit by the mortgage crisis and lost his home. Furthermore, his second wife suffered from opiate addiction and he always stood by her side, refusing to leave. (She eventually overcame addiction). He was not a wife beater like many of the men her relatives married.

Smarsh may claim that feminism and college scholarships saved her from becoming a teen mother and suffering a life of poverty.  She was always an excellent student, but her grandmother chided her for bragging about being in the gifted program at school. Smarsh’s portrayal of life is very hard, but real. No one’s life is the glamour portrayed in Hollywood, the fake world many people imagine as real. The truth is that bad luck, like the luck of Sarah’s father, was and is a common story. It’s not just women who get screwed by the economy, by nasty bosses and health issues, as feminists seem to think.

Today Smarsh’s grandmother, Betty, is in excellent financial shape because she worked hard, learned lessons and made a number of strategic marriage and financial decisions, particularly with regards to real estate. It’s the street smarts she gained in her life journey, not feminism, which brought her this point.

The case of Norma McCorvey, “AKA Jane Roe”

A documentary of Norma McCorvey, “Aka Jane Roe,” the woman behind “Roe v. Wade,” streamed on Hulu, too.  Norma grew up in deep poverty in Louisiana and Texas.  Her mother was an alcoholic and her father left when she was young, a story all too common in poor American families. She married at age 16 and became pregnant shortly afterwards. She left her husband when he became abusive.  For lack of money and personal stability, she was not able to raise a child. The child of her third pregnancy, the cause used to advance Roe vs. Wade, was given up for adoption, just like her second child.

Given that Norma took money to renounce Roe v. Wade and become a Christian suggests how unstable she was. Even if she was used by the religious right, she was also the tool of the pro-abortion side.  McCorvey struggled with substance abuse much of her life.  When used for Roe v. Wade, she lied by saying she was raped.  Lawyer Sarah Weddington took her on as the perfect subject for Roe vs. Wade, using privacy as the issue, regardless of the true facts in her story.

Compared to Sarah Smarsh, Norma came from an even more difficult background.  Sarah Smarsh had an extended family with grandparents who were happy and capable of stepping up to the plate when times became too hard for her mom and dad.

Both the stories of Norma McCorvey and Sarah Smarsh’s mother pose the dilemma of how hard it is to be a good mom when a woman is young, comes from trauma-filled childhood, and has no husband or money.

How does it relate to feminism

Smarsh clearly falls on the side social and economic progressives. In her own family, many people who formerly supported some liberal policies suddenly became Reaganites and started voting straight Republican, beginning in the 1980s. Many are now going the other side.  Republicans, especially those who listen to the Koch Brother’s philosophy, really need to consider that some of their policies are taking away the safety net for so many people.  On the other side, high-tax Democrats in some states have given public employees like teachers huge pensions that self-employed people will never have. Sarah Smarsh is probably a feminist, and probably thinks it was feminism opened up the options for her. Yet the women in her family who had children young and raised them through difficult circumstances are NOT victims of the patriarchy, as the feminists want us to believe. They’re amazing people.  As for the authoritarianism of feminists and feminism, I think it will eventually be their undoing. 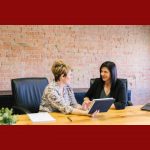