Abigail Shrier uses her keen skills as a reporter to guide the reader through the quagmire that is the rapid-onset gender dysphoria plaguing adolescent girls across the western world. Shrier uses facts and statistics, not opinion, to describe the epidemic. Perhaps even more convincing though, is the anecdotal evidence and the details she uses to show the reader the reality of what is at the root of it all: feminism teaching girls that they are less than boys.

Easily triggered readers are eager to malign this book as transphobic. Some even go so far as to want it banned or burned because they categorize it as damaging hate speech. I guess they didn’t notice that Shrier never says a bigoted word about transgenderism. She even compliments adult trans people whom she interviewed. For those readers paying attention, it is both veiled and obvious that the rabbit hole down which they are traveling leads to the negative effects of feminism. These girls feel there is something wrong with femininity. They don’t want it. Society has taught them that the goal should be to follow in the footsteps of traditionally masculine roles. Shrier points to songs like Beyonce’s “If I were a boy,” to help girls come to that conclusion along with a barrage of social media encouraging the phenomenon of trans boys.

“Irreversible Damage” is not a condemnation of a lifestyle. It is a warning to parents and society at large. The most recent wave of feminism has caused girls to think that if they are uncomfortable because they feel like a tomboy, it must mean they aren’t real girls. Adolescence is a confusing time for girls to say the least. Their changing bodies and new attention from men is often not a welcome change. Rather than struggling through puberty as previous generations did, these modern girls have the option to question whether they are even girls at all.

Shrier’s main evidence that many of these girls aren’t actually trans comes from the fact that it seems to be contagious among adolescent and teen girl friend groups. It has become an “answer” to their angst of figuring out who they are in the world. Shrier is also quick to point out how ready society is to validate these young girls as trans when there could be a number of other issues going on such as anxiety, depression, or family issues. But those are all getting skipped to quickly get to the “trans” label. The girls are happy to feel a sense of belonging at a tumultuous time in life. Shrier also muses that perhaps they are happy to feel as though they are hitting a sort of boundary since their parents provide so few, if any.

The parents are warned very quickly to go along with this new trans identity that their child has announced or she will “likely kill herself.” Shrier reports that this unbelievably persuasive tactic is used by teachers, doctors, and counselors who are immediately ready to talk about administering hormones and doing surgery. Sadly, and providing more evidence that these girls are not actually trans, Shrier points out that the majority of these girls do not feel better as this “treatment” continues. In fact, many get worse.

“A child or adolescent in distress is not reducible to one problem,” Shrier quotes Dr. Kenneth Zucker. Dr. Zucker was the Psychologist in Chief at Toronto’s Center for Addiction and Mental Health, head of its gender identity service and was universally recognized as an international expert on child and adolescent gender dysphoria. For decades Dr. Zucker’s job was to help children and adolescents with gender dysphoria grow more comfortable in their bodies. Shrier goes on to list the Dr’s many credentials and decades of expertise in the field. Dr. Zucker was effectively “canceled” in 2015 when he said that girls are gravitating towards the trans label as if it were a cult. Once a girl announces that she is actually a boy, it is very hard to back out for fear of harsh criticism or being ostracized by her self proclaimed trans friends. Also, the feeling of inclusion they long for and receive in this new category is irresistible. For voicing these observations, Dr. Zucker was labeled akin to the KKK and the alt right by his own peers.

In an age where asking questions can get a person called anything from a hateful bigot to a Nazi, Shrier boldy examines the effects of social media, public schools, modern psychology and coddling parents to get to the root of the problem before irreversible psychological and physical damage is done to our girls. This book rings the alarm and issues a warning that every parent should heed before it is too late.

Emerging from the Darkness of Feminism 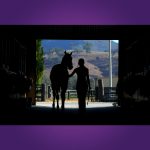 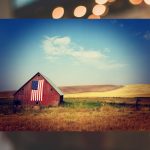 Views from the Heartland of America