I came through a haze, and while I was in a haze I didn’t know what was going on. I was in daycare at 6 years old, and still waiting for my mother to come pick me up at 8pm. The daycare was closing, all the other children were gone and my mom wasn’t there yet. I felt abandoned, alone. I had a sense that I was not that important. Mr. P., who ran the daycare (we couldn’t pronounce his name so we called him Mr. P), was mopping the floor and I had to jump around out of his way as he mopped. He was ready to close and I was in the way. I knew that something was not right about this.

As I grew older, this feeling that things weren’t right never left me. My mom never really had to work. She chose it. I realized that she was choosing her career over me. When I was six years old, we adopted my sister from South Korea who was 4. We had a mom, dad and an au pair to take care of us. I didn’t know that having an au pair was weird. Looking back, I now know that what I learned about nurturing and caring came from the hired staff rather than my mother.

I love and forgive my mother, but I learned from my childhood what I didn’t want to be.

In high school, you start imagining what your future looks like. The messages we got was you can have it all, and if you don’t you’re a slacker. But I knew deep down that there was only 100% to give. You can’t give 100% to your kids and 100% to your job. It is impossible. If you have a full-time job, your kids are not coming first.

Kids would rather have you at home than the luxuries you provide.

Men who are incarcerated, 80% grew up without a father in the home. The Family Court system rapes men, emotionally, financially in every way. The system is set up against them. How can we fix this? In my opinion, it is too far gone to fix.

Don’t get married by the state is the only solution. That is what my fiancé and I are doing. We are making our own marriage contract. We are Christians and our marriage contract is between ourselves and God.

Boundaries were a big issue in my family. I was witness to their fights. My Dad would throw himself into his work to avoid the situation. He was working abroad and we sometimes went many months without seeing him. He was not there to set rules, curfews. He was not there to provide a covering for me.

My father was a weak man. We lived on a ranch, and my mom was the strong one who dealt with the dangers, the snakes, the vagrants hanging around. She was the one in the middle of the night, who got up to check on a strange noise, not my father.

By the age of 12, I knew I needed a strong man. I have a strong personality like my mom, and I knew I needed someone who wasn’t intimidated by me. I observed the dynamic between my mom and dad, and a part of me wanted him to stand up to her. I wanted a man who could put me in my place, when needed.

My mom was unfaithful which led to my family breaking up. My parents divorced when I was 22. That same year I was diagnosed with Multiple Sclerosis (MS). Then, my first fiancé broke up with me because of my diagnosis.

As a young adult, I had two long term relationships, both didn’t work out. But I recognized a pattern, I was choosing the wrong kind of men.

After my second failed relationship, I didn’t date for 12 years. I was a horse trainer and gave all the energy that I had to work with the horses. I taught children to ride, I mentored teenage girls. I felt like I had found my purpose. I thought it would be selfish to have a career and have children. I also felt it would be selfish to have MS and have children. I didn’t feel I had enough to give because of the physical and emotional limits imposed by my illness.

I was content with my work with horses and young girls. Yet, my friends would urge me to get out more. I resisted. Finally, curiosity and a desire to shut these friends up, I went on Match.com and put up a profile. I put everything about myself that would be reasons not to date me. I watch too much TV, I have MS, I walk with a cane, I don’t want to have children. I knew that no one would be interested. And I got all kinds of response! It seemed to me that men look at your photo and don’t read the profile.

I dated two men who had been through divorce and family court. Neither was interested in a committed relationship. I was fine with it. It confirmed everything I knew.

Because of my MS, I was living with my mom so she could take care of me. We were living in Kentucky. After my mom passed away, I moved to another state and moved in with a horse trainer who was willing to help me. She urged me to join a Bible study with other women who have MS. I was still depressed from losing my mom. I was entertaining suicide. If it weren’t for the fact that I was a Christian, I may well have done it.

The woman I was living with insisted we do one of our meetings out of the house. I was reluctant. I thought, “You mean I have to get dressed?” I was not happy about it.

We arranged to meet at a local coffee shop, it was July 22, 2016. With my MS sometimes I get overstimulated. I was there at the counter with my cane and getting flustered because I couldn’t find a bottle of water. I asked for help with a smile and self-deprecating humor. The clerk helped me find the water.

I didn’t even notice but there was a man sitting alone at the table right behind me. While I was trying to find the water, he asked, “May I ask, why the cane?” I smiled and said, “Sure, I have MS, but its ok, but I am living and kicking its butt.” He replied, “That’s right, you have to live above your circumstances.” That was the most intelligent thing I had ever heard. Usually people are awkward and embarrassed and look away not knowing what to say when I tell them about the MS. So, I sat down at his table and we talked and had a wonderful conversation. I was trying to figure him out. Then, I realized I needed to get back to my friends who were at a table across the room. I excused myself and offered to exchange emails. He said, “Better yet, let’s exchange numbers and we can text!”

We exchanged phone numbers and we agreed to keep the conversation going. Today, he is my fiancé.

He had planned to live his life without women. Yet, he saw something different about me. Our conversation was so refreshing. He was very direct. A lot of women he had known didn’t care for that about him. I liked it.

He didn’t hate women, he just had a million reasons not to trust them. And, I don’t blame him.

He is the kind of man who will put me in my place. For example, we were out at a restaurant and I don’t know what came over me but I was really rude to the waiter. He said to me, “You are going to apologize to him.” So, I got up, walked across the room and apologized profusely. Then I came back to the table and I thanked him. He has made me a better person, and vice versa.

We have talked a lot about our lives prior to our first meeting at the coffee shop. I learned by hearing about his past relationships and seeing things through his eyes, the damage feminism has done. Men are receiving a lot of abuse from women these days. Men don’t advocate for themselves, because they are not wired to view themselves as victim.

I have launched a YouTube channel, Feminism on Trial. Now that I have made it through the haze of feminism, I hope with this channel to be an influencer on this issue. Please subscribe to my channel. With your help maybe we can reach others with a new way of looking at male-female relationships.

The author is a 43 year-old woman who is about to embark on the next adventure in her life, marriage. 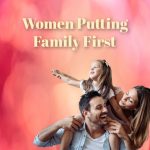 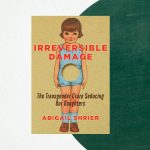