I am a 28 year old, single and working as a sales rep. at a small business in our community. I was homeschooled, and active in the Christian church our family attended. Lots of the young males in our church seemed full of bravado and machismo. Yet, I always felt stronger and smarter than all the teen boys in our youth group. So, I began to identify with the feminist attitude that women can be strong and independent. I felt the woman’s right to vote and succeed in the workplace were positive things.

When I attended college, it was my first foray into the secular sphere. There on campus I actually met ardent feminists. It was a culture shock seeing how vile and vicious feminist women could be. I saw that a few women were offended at men who politely opened doors, for instance. Not all feminists treated men poorly, but a few did.

During either my freshman or sophomore year, I wrote an English paper on feminism from a Christian Perspective. I was trying to show a middle way, one that merged the goals of feminism with the Bible’s high view of women and the loving message of Christ. I remember using the examples of two strong Old Testament Biblical characters to make my point, Deborah the judge, and Esther the queen, both of whom were examples of strong, influential women.

But, I believed some women take feminism too far. I did not consider myself a bra-burning, don’t-need-a-man kind of feminist. I justified that element of the feminist movement as ‘some individuals taking it too far‘ and thought, ‘there are bad eggs in every group.’

Growing up in church, I never felt indoctrinated. My parents encouraged me and my siblings to think for ourselves, and to come to our own conclusions.

After college, I joined the workforce. From there, I had a lot of personal and emotional things happen, which led me into a downward spiral. One of them was a diagnosis of chronic Lyme Disease. Because of my illness I had to move on to a new job. Because of this change, I started going to a new church. As I started to feel better, I felt that I was rebuilding my life.

A new friend I met at church recommended a podcast to me called Sheologians. The two podcasters, Summer and Joy tackle a wide variety of very interesting topics from a Christian point of view. The first link she sent me was their 4-part series entitled, Feminism is Poison.

I started listening to the session which explained the origins of feminism, the women who were involved and why it was started. Women started organizing to achieve the right to vote. At one time in U.S. history, votes were cast only by those who owned land. The landowners (the majority of whom were men) voted to secure the health and prosperity of their property. It was understood that in this way they could better provide for their wives and children. A core group of activist women who didn’t want their men out drinking alcohol wanted the right to vote to try and outlaw alcohol. They feared that their husband’s also had too much sexual freedom and thought a change in the law would curb their misbehavior.

The one memorable quote by either Summer or Joy, stuck with me. “If you husband doesn’t love you the way Christ loves the church, you are not going to legislate that love into him.” It struck me that the motivations of these women who sought the vote, were less about the good of the community, and more about seeking to control and dominate the men in their lives.

It was such a shocking discovery, I forwarded the podcast to a good friend, telling her that I really needed her to listen to it, so we could discuss it. It was challenging so many of my beliefs that I needed a trusted friend to explore this with me.

Because of the podcast, I began to research more of the background of the feminist agenda. As I learned more of the history, I began to feel uncomfortable with the foundations of feminism. I realized that in a loving marriage, women are cared for and protected by their husbands. My parents are great examples of the beauty of marital love.

Suddenly, I was looking at feminism in a new light, and it wasn’t pretty. My biggest attraction to feminism had always been women having rights, freedom. But once I knew the history of the movement and the biographies of some of the early feminists, I could no longer stand behind it.

It dawned on me that if my identity is in Christ, I can’t also identify as a feminist. The church I had grown up in taught that feminism isn’t about equality it is about being better than men. At the time, I rejected this, as I felt that it couldn’t possibly be true. Voting and succeeding in the workplace as a woman just seemed like a natural and desirable thing to me. So, for me, it was always, Christianity + Feminism.

Now, with my knowledge of the rotten foundations of feminist ideology, my ideology was Christianity, no plus anything.

This new perspective shifted my heart perspective. I now search my heart for my true motivation for decisions. I want to get married someday. Granted, this desire comes and goes. I now know that when I do get married, I want to honor God by honoring my husband.

Honoring my husband would look like, honesty, vulnerability. And, like my mom tells me, there is freedom in submission. Even if, after discussing a big decision, I disagree with a decision my future husband makes, I will rest confidently, knowing that my husband is making the best decision for the family.

My girlfriend also made this same shift. She is now married, and I recently asked her how it was going. She says it is awesome to have such honesty and vulnerability. She loves being a support to her new husband. She is very happy as a new wife.

My biggest attraction to feminism had been women having rights, freedom. But once I knew the history of the movement and the biographies of some of the early feminists, I could no longer stand behind it. Margaret Sanger, for instance, was one of the women who identified as a feminist. She was founder of Planned Parenthood and she gave speeches to Klu Klux Klan rallies. She called for eradicating the negroes and the weak. As a Christian, I could not conscience such hateful beliefs.

It dawned on me that if my identity is in Christ, I can’t also identify as a feminist. The church I had grown up in taught that feminism isn’t about equality it is about being better than men. At the time I rejected this, as I felt that it couldn’t possibly be true. Voting and succeeding in the workplace as a woman just seemed like a natural and desirable thing to me.

My new viewpoint is changing the way I approach female friendships. Some of my friends still hold to feminism, thinking it is good, and they are pro-choice. I am more compassionate with them, I am more gentle in our conversations, knowing that they are not Christians and don’t follow the Bible.

These days, I don’t hate the macho attitude in the men I meet the way I used to. I still am very protective of my affections and part of it makes me think it will be a little hard to find a mate because I now know I need to find someone that I trust. But it does give me hope that when I do find someone, I know it will be the right somebody.

There is a song from the new musical, Hamilton. The character Angelica sings, “I’m looking for a mind at work.” That is exactly how I feel about the type of husband I desire. I like men who think outside the box and are willing to look at all sides of things. A man who is not afraid to challenge his own thought process really appeals to me. Someone who wants to grow and have his own status quo challenged! I am hoping to find someone who is not set in his ways, and willing to contemplate the other side.I am not sure about having children. I am not entirely confident about carrying a child, it would have to be the right man.

I think if you claim to be a follower of Jesus it is important not to embrace a different ideology. My identity is no longer Christianity + Feminism. Now it is just Christianity. Whatever ideology you decide to embrace, I now think it very important to understand its foundation. And, as a Christian I need to know if it is or is not Christ honoring.

Submitted by a former feminist from the Northeastern USA.

Is Equality Fair to Family Life? 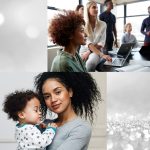 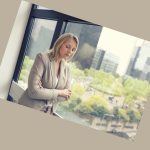