Feminism is not something I can embrace or relate to.  I mean I have a girlfriend who is my best friend, but the vast majority of my friends are males, and I feel more comfortable and at ease around males.  Too many women I know are low-key competitive or too hypersensitive when discussing certain things.

I also feel that feminist don’t embrace Black or women of mixed race.  For example, I fee like feminists embrace the success of Mary J Blige or Michelle Obama, but they don’t share the same ideals or perspectives that they do, because we as Black women see the world different.  And when Michelle did her book tour, the majority of women who purchased her book, were upwardly-mobile Black women.  That alone tells you that feminists collectively don’t embrace her.

Growing up, I had a lot of female friends, but as I’ve grown older, these friends have their own families and agendas.  Yes, we can all ‘relate’ because we all are mothers/wives, but that’s where the relevance begins…and ends.  We don’t ever talk about being feminists, or what feminism means to us.  And most of these women are white, so it’s not about race in my opinion.

–Yolanda is a 44 year old black woman from Pennsylvania.

Being a woman of mixed-race, some of what feminism represents is appealing in some aspects, but at the end of the day, I feel its not something for me.  I feel like sometimes feminists spend too much time trying to undermine the authority and stature of men, and in my heart, that’s not what I’m about.  They make women who love and support men feel like they’re ‘weak’, ‘dumb’, or not ‘woke’.  And that’s really not the case.  Why can’t we be independent but also not have to embrace what feminism represents?

I can understand that women don’t want men telling them what to do with their bodies, and being able to make other important personal choices without having the input of a man.  But I do believe that partnerships—with men—make us as women stronger and happier long-term.

And in some instances, I feel like feminism has become more of a movement for lesbians.  Not trying to speak negative about them in anyway, because I support the LGBTQ movement.  I am bisexual and proud.  I’m sure some lesbians may have an issue with me as well lol lol.

–Brandy is a 38 year old mixed race woman from Maryland.

I just feel like being a feminist has too many negative connotations for me to embrace.  To me, it’s like ‘anti-male’, ‘angry’.  And we as African-American women have to deal with the stigma of being ‘angry’, ‘hostile’, and ‘confrontational’.

Part of me wants to embrace feminism, but when we’re carrying these labels, and dealing with all that we have to deal with as Black women, doesn’t make sense to take on extra.  I think feminists need to do a better job of 1) Embracing women of color, not just black women 2) Do more to clarify what their positions are on topics that are of primary concern to women.  When they’re able to do those things, then I think more women of color will come on board.

When Michelle Obama was First Lady, that was probably the height of my ‘feminism’ lol lol.  But outside of that, I don’t see any compelling reasons to identify as a feminist.  The things that we as Black women focus on or concern ourselves with are things most white women don’t focus on.  I think what we see as being strong and independent are things white women don’t see in the same way.  And in the workplace, white women have much more power and influence, and they tend to share that power and influence with other white women.  And that’s fine, because we as Black women do the same thing.

–Andrea is a 36 year old black woman from Delaware.

Love and Marriage Event for Women by Men 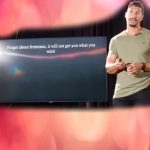 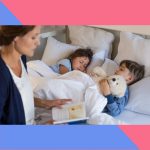 I Would Have Been a Feminist, But…