Growing up my Dad was so strong, and not supportive of women. He had a lot of anger issues, and was abusive because of his troubled past. My two older brothers were a lot like him. It was tough for my mom and I. They were unkind and mean to my mom and I. Sadly, I remember my Mom crying a lot of the time.

I had a stronger personality than my mom. I was a little bit more like my dad. So, I was headed in the direction of feminism. My father always made it plain to us that he was going to leave. My parents were both unhappy and they did end up divorcing because of the stress in the marriage. I made an inner vow that I would never marry.

I had decided to run away when I turned 16 years old but instead, I became a Christian at age 16, and that really turned me around. In time, I was able to let go of anger against men, my family. And my relationship with my father and brothers improved. Spending time reading the Bible changed my worldview. I realized I wasn’t competing with men. Fortunately, I learned from some married couples and mentors about love and marriage. I was still kind of frightened of marriage, and relationships. But, I experienced a lot of healing and became more open to love. I decided to trust God and let love happen.

When I got out into the workforce, I also learned that to work with others, you must be cooperative.

I worked as a dietician, and it was all women. And it wasn’t great to work with all women. I found them to be more petty and backbiting.

Then I worked in sales with all men. That wasn’t great either.  They were often crude and rude.

Then I had the opportunity to work with men and women in another sales job. It was a much better atmosphere. The men and women were on better behavior, they cooperated with each other. It was an interesting contrast to my prior two jobs.

I met my husband when I was 30, and we married 4.5 years later, He was kind and gentle. He was Catholic, I was an evangelical Christian. It took us a while to work out our religious differences, and especially to figure out what church we would get married in.

In my role as wife and mother, I have followed more of a traditional role. It was important, though, and my husband is much more successful than he would have been without my support at home and for his career. I have encouraged him and I have seen him grow in confidence. And, with my children, I was glad to be there for them. My husband traveled a lot when they were young.

One thing I noticed is that moms who worked, their children, sometimes, didn’t know how to behave. The neighborhood children would end up at my house and I worked with them on appropriate behavior. Unfortunately, they often didn’t have proper boundaries. The stay-at-home moms in my neighborhood did what they could to help the children whose moms were working.

Both my children got sick, and I was able to do tons of research to help them get well, as the conventional medical system was not helping them. I spent tons of time cooking, plus exploring alternative treatments to help them heal.  My daughter was so sick that I couldn’t have worked. She needed full time care and was hospitalized twice.

Both my kids missed a lot of school, and I even had to home school my daughter one semester to help her catch up, mostly because she could not withstand the schedule of a long school day. She participated in co op education programs while being schooled at home. I worked with both my kids on study skills. My son has two learning disabilities, my daughter had ADHD. I worked very hard tutoring them. Now they are super successful.

Since I was home, I was able to give so much in the community. I volunteered in my children’s classrooms, helped at the community pool and taught Sunday School. I also served in leadership for the women’s ministry and participated in Bible studies.

My concern with feminism is that I see so many women who find their entire identity in their work. They seem really burnt out trying to keep up with the needs of their children, and their community. It looks very challenging as they seem pulled in so many directions. I really feel for them being pulled in so many directions unless they have family in the area to help. No one will take care of your children like a parent or family member will. On the other hand, some of them don’t seem comfortable spending time with their kids.

I don’t think women should have to find our identity in the workplace.

Because of feminism, men today are told that they are bad and not good, and as someone raising a man, I want to affirm his masculinity and build his confidence and help him to see his identity in Christ.

I was almost a feminist, but I found my identity in Christ and my life really improved. I was angry and unforgiving which would have led me to identify as a feminist.  Today, I am loving, gentle and forgiving, and this is a happier life than it would have been. I have gotten so much fulfillment being a wife and mother, being there for friends and volunteering in our community, fundraising for the school, and being able to help other women. It has all been a blessing.

The author is a wife and mother of two. 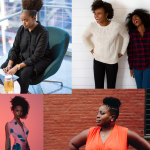 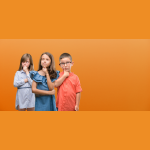 10 Reasons to ban gender transitioning for children and teens